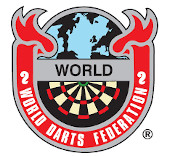 Steve Hine defeated his second opponent also an American to take his place amongst the last 16 of the Lakeside World Championships. Despite having a very slight less average of 86.41 Steve took the match with a 3-0 sets scoreline, first set 3-1 and the next two both 3-2.

Steve will now take his last 16 place with a tie against Tibault Tricole of France who defeated Shawn Burt of Canada who had taken out pre tournament favourite Connor Schutt. This promises to be a fantastic match and one that Steve will most certainly call upon all his experience to make further progress.