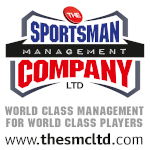 The Sportsman Management Company have recently taken on new players to join their ranks for this new season and year in the Darting Calendar. Robbie Green joins after successfully gaining a Tour Card after deciding to make his move from the BDO. Also joining are England International Glen Durrant who remains on the BDO Circuit which is also a breakthrough move by the SMC. Both Robbie and Glen bring many years of experience with many title wins between them which enforces the team at SMC even further. Their Belgian star Kim Huybrechts makes his bow in the PDC Premier League starting tonight with a visit to Leeds Arena in front of 11,500 fans. We wish all the players and management of the Sportsman Management Company every success and look forward to working together for the distant future.