A very dissapointing turn out of only eighteen players took up the challenge to qualify for the oldest Championship in the World the Winmau World Masters. Some great games along the way but only two will qualify from this play off being Noel Grant of Coventry Bishopsgate who defeated team mate Steve Giddings and Rob Hawker of Castle Vale Riley’s who overcame the challenge of Mark Westgarth of the Bishopsgate. These will be joined by the top two eligible players from the Final listing of Mens Averages. All four will be now attempting to reach the world finals with the Regional Play Offs which take place on the 18th August 2013 at the Burton Latmier Club, Northants. 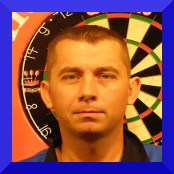